Munich Startup is the official startup portal for Munich and the surrounding region.

Munich has some of the best universities in Germany, numerous local major corporations, countless VCs and a large number of innovative startups. Yet until 2015, no common platform existed where all of the city’s startup activities were pooled together. As a result, the city of Munich decided as part of the ‘Entrepreneurship Strategy Munich’ to increase the visibility of the city’s startup ecosystem by creating the online portal Munich Startup. The aim is to make Munich and its surrounding area the top destination for rapidly growing young companies in Europe.

Munich Startup is the official startup portal for Munich and the surrounding region. It was developed as part of the ‘Entrepreneurship Strategy Munich’ by the city of Munich, the Chamber of Commerce and Industry (IHK) for Munich and Upper Bavaria, and a network of four entrepreneurship centres from Munich universities. It is run by Münchner Gewerbehof- und Technologiezentrum GmbH (MGH).

Munich Startup is noted for its neutral, independent and transparent representation of content and players.

The portal increases transparency within the young entrepreneurial scene and promotes the networking of founders with potential partners, investors and mentors. All major stakeholders in Munich’s ecosystem are involved in the portal.

The Munich Startup website gives young companies an opportunity to introduce themselves to the general public. It is also a place where individuals such as investors and business sponsors can see how the scene is developing and find startups they might be interested in. At the same time, young entrepreneurs, or those striving to become founders, remain up to date, while also learning about potential support opportunities.

Since 2016 the portal has presented the €5,000 ‘Munich Startup Award’ during the internationally renowned Bits & Pretzels startup festival. Munich Startup acts as a media partner at Bits & Pretzels, as well as at other prominent events in Munich, such as MCBW, 48forward, MUST and many more. 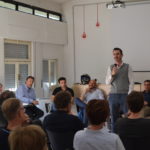 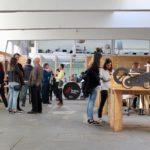