Milan is the first city in Italy and among the first in Europe in terms of number of digital fabrication laboratories.

FabLab – digital fabrication laboratories – were set up to inspire people and entrepreneurs to turn their ideas into new products and prototypes by giving them access to a range of advanced digital manufacturing technology. Now, there is a global network of more than 150 FabLabs.
In Milan, Makerspace are public/private facilities for making, learning, exploring and sharing, that uses high tech to no-tech tools. These spaces are open to kids, adults, and entrepreneurs and have a variety of maker equipment including 3D printers, laser cutters, CNC machines, soldering irons and even sewing machines. Such tools are essential for Industry 4.0. FabLab. Makerspaces are indeed excellent platforms for innovation and invention, providing stimulus for local entrepreneurship. This is why the city of Milan has been investing in and experimenting on them since 2013. In fact, for the Municipality of Milan, they are not only a platform for learning and innovation but also a powerful tool for the “requalification” and diversification of certain areas of the city that are not particularly businesses attractive.
The challenge for the Administration was indeed to build efficient FabLabs and Makerspace in the outskirts of the city, so to redevelop the neighbourhood, making it a hotspot for the connection with a global community of learners, educators, technologists, researchers, makers and innovators.

In September 2017, the city came up with the initiative to open new Makerspace and FabLabs in order to sustain economic growth of the city, while amplifying the network of FabLabs and developing and diversifying potentially less attractive areas of Milan, i.e. the suburbs.

Nowadays, Milan has 12 Makerspace and FabLabs enrolled in the “Elenco qualificato del Comune” (qualified list of the Municipality), making Milan the city with the greatest number of active and effective digital manufacturing laboratories in Italy and Europe. 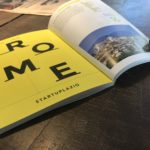 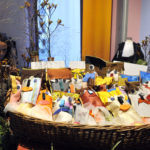