Startup revitalisation of the urban suburbs

FabriQ is the first incubator supported by the Municipality, officially launched in January 2014 through a public call.

FabriQ is located in Quarto Oggiaro, in the north-western suburbs of Milan. Quarto Oggiaro area faces many issues, mainly related to the strong number of elderly people, migrants and the unemployed within the local community, thus, within the last ten years; the city administration has promoted its social and economic requalification.

The choice of FabriQ headquarters in the suburban district of Quatro Oggiaro is a sign of the Municipality’s focus on the suburbs. Also for this reason, FabriQ carries out activities in the neighbourhood, through projects of local development, animation, promotion of entrepreneurship and urban regeneration.

FabriQ is the first incubator supported by the municipality, officially launched in January 2014 through a public call to select the managing partners, after the former project co-funded by the Urban II European programme for the social and economic revitalization of the urban suburbs. EU funds have been used to restructure the public building where FabriQ is now located, previously used as a library, and to transform it into an incubator for startups.

During the years 2014-2019 the various editions of FabriQ have collected 440.347,27 EURO grants by the Municipality of Milan, incubated 27 projects/startups and has helped create 100 new jobs.

In 2019 FabriQ has just launched its fifth call for proposals, to support startups and newborn companies develop innovative business models able to generate a positive impact on the area, offering services such as incubation, training, local community involvement, co-working spaces and networking. 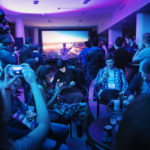 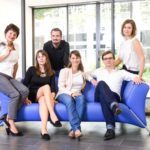