Milan’s bottom-up crowdfunding initiative, Civic Crowdfunding, was designed to foster the implementation of innovative public-interest projects with a high social impact. Through the pooling of public and private resources and the promotion and encouragement of citizens’ involvement in municipal policy, they are funding initiatives that work toward inclusivity, sustainability, and improved quality of life.

Public Administrations nowadays have to face various challenges, the main one balancing the satisfaction of public needs, on one hand, and the availability of public resources on the other hand, ensuring at the same time efficiency and effectiveness.
In addition, Milan Municipality has encouraged citizen increasing involvement in public policy, especially in social and welfare areas: Milan is in fact one of the first European cities testing the “Civic Crowdfunding”, a bottom-up reward-based crowdfunding initiative aimed at implement innovative public-interested projects characterized by a high social impact.
Civic Crowdfunding is the tool implemented in 2016 by Milan Municipality in order to face the aforementioned issues, pooling private and public resources, engaging local community and promoting inclusivity, sustainability and quality of life.

First edition of Civic Crowdfunding started with a call for actions, addressed to both profit and non-profit initiatives; project proposals were then evaluated by a Technical Committee and uploaded on the crowdfunding platform in order to be funded. The ideas that reached online the target level of resources were co-funded by the Municipality.
As a result, during the years 2016-2018 the four crowdfunding campaigns collected € 330.000,00 thanks to the 1.308 user donations on the platform, and € 323.413,00 as a contribution by the Municipality. The total amount of resources was destined to the implementation of ideas related to the cultural and social regeneration of urban areas or of the technological innovations related to mobility and social services, with an estimated potential impact on the local economy of € 656.549,00.
The first Civic crowdfunding initiative of the Milan municipality received many recognitions both at the national and at international level, the last one in 2019 when Milan was selected among 115 participating cities from nearly 30 countries and 5 continents for the Wellbeing City Award 2019.
The second edition of the initiative just started and a third actor has recently been selected to help the Municipality managing the crowdfunding online platform, promoting citizen participation to the fundraising, offering tutoring and mentorship services to the projects throughout the steps leading to the implementation of the ideas. The new projects to be included in the crowdfunding platform will be selected by public tender in 2020. 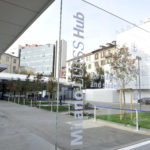